The Water Mongooses diet consists mainly of crab, prawn, fish and on some occasions frogs. When on land, they hunt rats, blue duiker and cane rats.

Water Mongoose have solitary habits and is a semi aquatic and nocturnal species. These animals have regular habits that and follow clearly defined and smooth pathways to rivers, shorelines and are often hidden by tall grass and reeds. Water Mongoose have a rather strange way of catching birds. They will lay on their backs to imitate sunbathing, with their brightly coloured anus sticking out and taking prominence between the dark fur. It is assumed that the colour attracts birds to peck at the area. As the bird gets close, the mongoose will ambush the bird. Mongoose have a strange self defence mechanism where they release a foul brown liquid from their anal sacs when they are threatened or cornered.

Water Mongoose are associated with rivers, streams, estuaries and coastal areas as well as vleis and reedbeds. 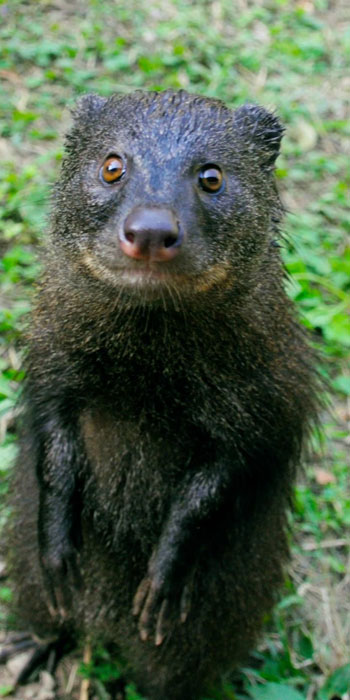 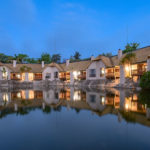 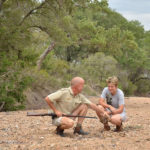 Tips for Walking in the Wild
November 25, 2022Leigh-Anne Harber Talks in Progress about the Closure of Numbi Gate
November 15, 2022Leigh-Anne Harber 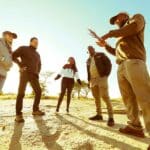 The Must Have Safari Apps to Download Now
October 31, 2022Leigh-Anne Harber