The Giraffe is the tallest mammal on Earth, reaching a massive 5.5m. Because the Giraffe has such a long neck, it has developed a unique circulatory system that isn’t seen in any other animal and the functionality baffles scientists to this day. Male Giraffe reach this staggering 5.5 m height while the females reach a much smaller height of 4.5 m. Giraffes have a Tan base colour with brown smudges covering its entire body, giving it a fractured paint look. The inner sides of its legs have no smudges. Both Male and Female Giraffes have a set of stumpy horns that protrude from the top of their heads. These heads are covered in a layer of skin.

As before mentioned, Giraffes have very long neck which enable I to feed off of the leaves and thorns that grow on the tops of trees that are inaccessible by other animals. This long neck however sometimes hinders its ability to feed on grass and plants close to the ground. Giraffes spread their legs apart to be able to bend down enough to drink water.

Cows that are receptive are continuously courted and approached by males looking for a mate. The gestation period of a giraffe is about 460 days after which a single offspring is produced. Because it is so difficult for giraffes to lay down, they will give birth while standing giving the new born a rude welcome into the world as they drop 2 meters to the ground. At birth, calves weigh 100kg and are fully weaned between 6 and 8 months. Unfortunately, only 52% of calves live to adulthood as they are easy prey for Lions, leopards and Hyenas. Both Males and Females reach sexual maturity at the age of 5 years.

Giraffes are semi social animals and herds will occasionally come together but there is no bonding. The calves and youngsters will stay with the cows and travel with them while the nomadic males look for females to court. Since females have no breeding period, Males will continually travel around looking for females. When males battle each other for dominance or for a female it is a spectacular sight. Males will use their horns and heads as wrecking balls to bash each other’s necks and or sides, the loser is knocked off balance. These bouts very rarely result in serious injury. Giraffes are very secretive animals that will try and keep to themselves.

Giraffes used to have a very large are to roam but their numbers have decreased because of disease, farming or hunting. Luckily conservation efforts have taken grasp and the numbers have climbed significantly. They are a popular and common sight in many game and private lodges. Though these animals are solitary animals, they are actually quite commin when you are on a Kruger Park Safari. 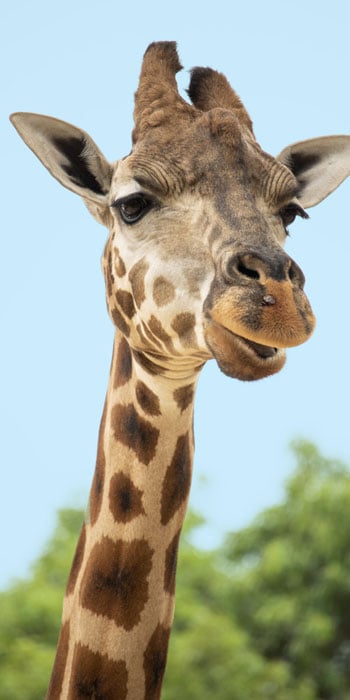 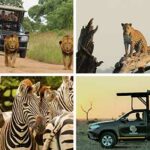 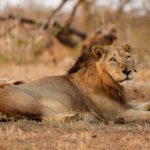 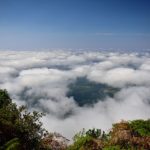