The Sable is a very handsome antelope with a glossy all-black coat with white undersides and face. Cows and young are dark brown while mature bulls are black. Sables have very large horns that can be up to 1.2m long. The horns on a female are shorter and slimmer than those of a male. The Bulls weigh 270kg and stand up to 1.4 tall at the shoulder. These animals share some similarities to the Roan Antelope.

The Sable has a diet that consists mostly of grass. They prefer Speargrass, red grass as well panicum and urichloa. They also feed on various sedges that can be found around water sources. These animals generally eat grass that are relatively tall and off the ground. They are also known to chew on bones they encounter in the fields to help counter phosphorous deficiency.

Cows become sexually active at around 3 years and will usually have their first calf at the age of 3. The Sable has a gestation period of 270 days and gives birth to a single calf. Cows hide their calves in tall grass for the first two weeks before taking it into the herd. They are weaned at 8 months. 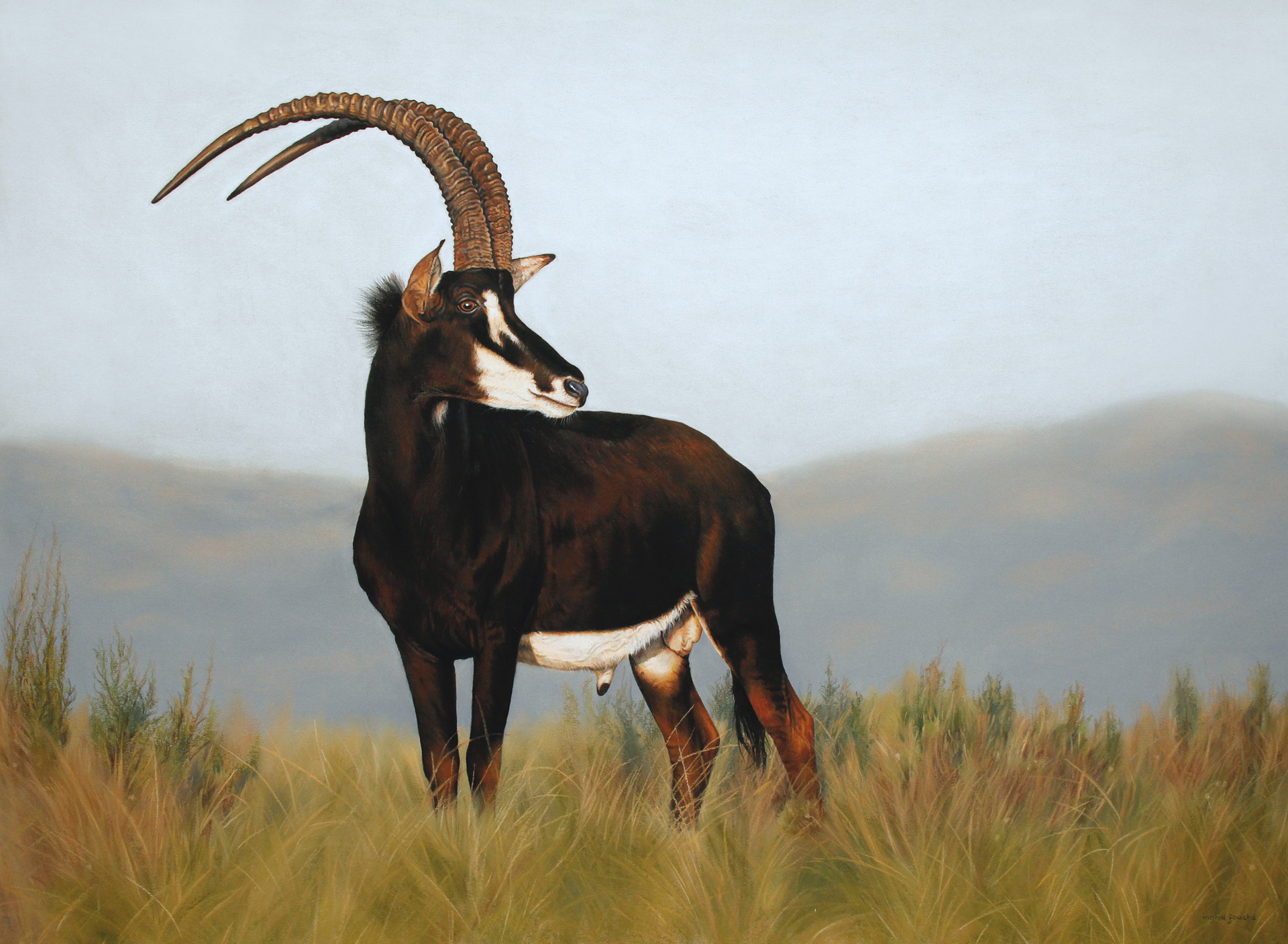 Sable Antelope are active during the early hours of the day and also the late afternoons. The Sable is a gregarious animal that has a large variety of herd sizes. During calving season, pregnant cows form small groups that are separate from the main herd, young and non breeding members. Herds congregate on moist vleis during winter. Territorial bulls will expel the younger mature bulls from the herd when they reach sexual maturity. Sable Antelopes are always worthwhile to see during a Kruger Park Safari.

These antelope prefer the savannah woodlands as well as moist woodlands and vleis because of the medium height grass available.