The common Genet is a bit smaller than the Greater Genet. The markings of the common genet are more distinct than that of the Greater Genet. Its tail is white at the tip with a dirty white colouring of the coat. It has black spots that create a line from the head to the tail. It has a crest of black fur running down its back with white patches around the eyes. It has alternating black and white rings on its tail.

The Common Genet has a diet that consists mostly of small mammals, reptiles, amphibians, insects and birds. It has been recorded that the Common genet eats less fruit than the Greater Genet. 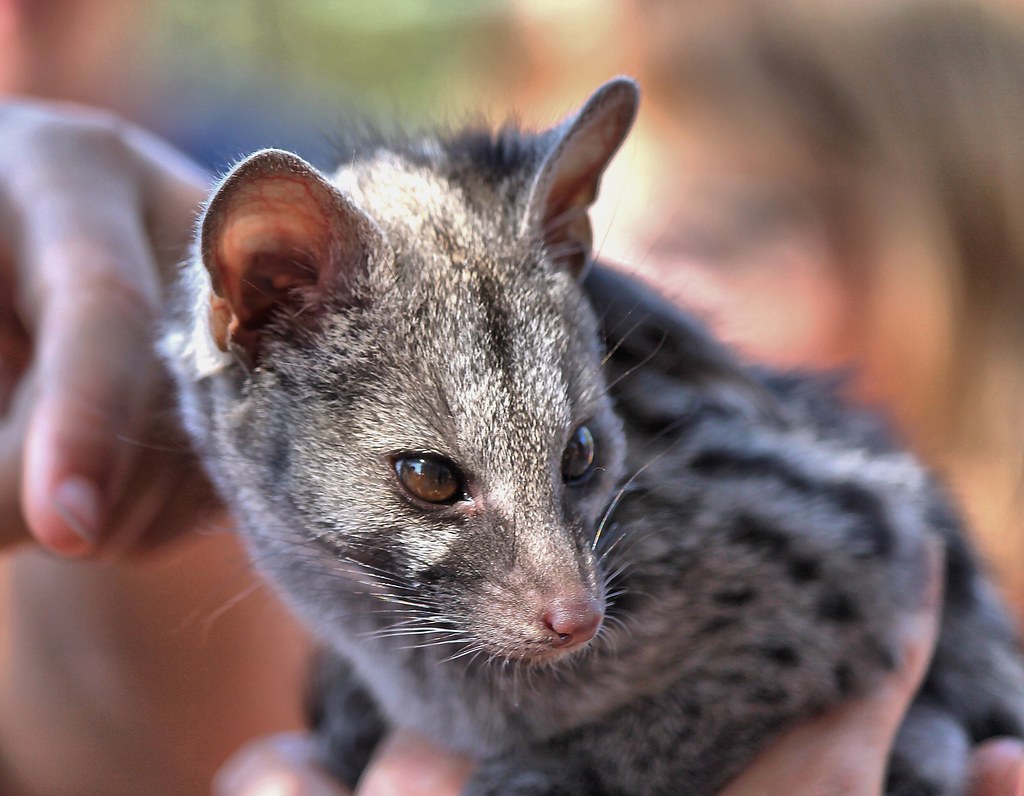 The Common genet gives birth to two litters a year each containing 2-3 young. The Common Genet has a gestation period of 75 days. The young are able to consume solid foods after only a week of being born but still suckle on their mothers.