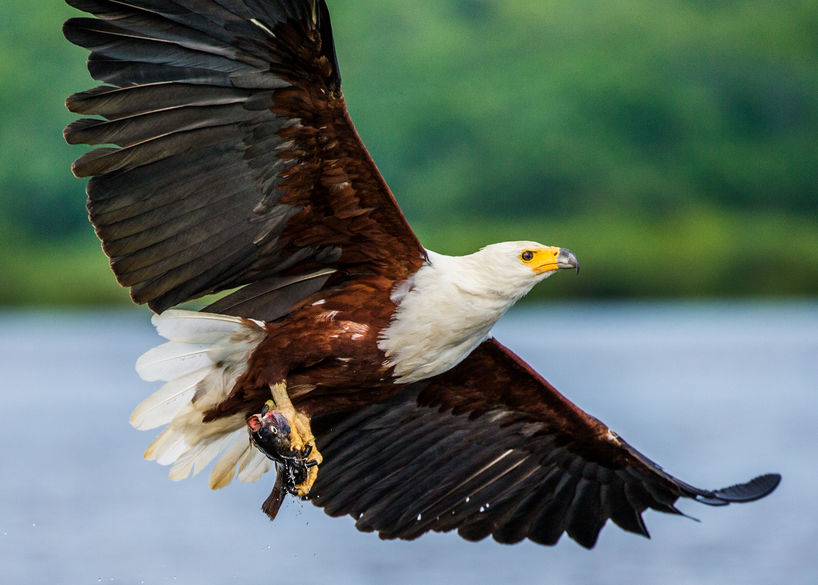 The African Fish Eagles live close to fresh water lakes, rivers and reservoirs though they have been seen living in the coasts of lagoons. African Fish Eagles build large nests in the tops of trees, close to a large water source. These birds are solitary animals that will mostly be seen flying on their own or with their partner close by. African Fish Eagles are birds that mate for life, staying with the same partner throughout their whole life. It is very possible to spot and hear these majestic birds flying during a Kruger Park Safari

During the dry season, when the water levels are low, is when the fish eagles breed. Pairs often have more than one nests that they often travel between and reuse. Since the Fish Eagle pairs reuse the nests they can actually grow quite large, up to 2m wide and about 1m deep. The Nests are built up over the many visits and are mostly made up of different pieces of wood. The female can lay up to three white eggs that are covered in reddish speckles. The incubation of the eggs last about 45 days.