The Bushbaby is the smallest primate on the continent of Africa. It has rounded fingernails just like people except for the second toe on the rear foot. This toe is modified to be a toilet claw, it is pointed unlike the other nails and is used to groom the fur on its head and neck. There are flat disks of padded skin on the Galago’s fingers which help it with grip on the various surfaces it climbs. The Galago’s index fingers are much shorter than the other fingers as this helps it get a better grip in larger branches.

The coat of the Galago varies between light brown and greyish brown. The limbs and the sides of the Galago has a tendency of being a yellowish coloration. The Galago has dark rings around each eye as well as some markings between the eyes.

The Bushbaby eats bugs and the gum that trees give off. It drinks water from leaves and cervices as well as licks dew from plants

The female gives birth to twins a few weeks before the rainy season which is followed immediately by its second cycle. The second set of twins are born well before the start of the dry season. The gestation period is about 130 days. A single female will mate with up to six males during the peak of her cycle. When hunting, the female will leave the babies in a nest it built before she gave birth. When the nest is threatened, the female will carry her young in her mouth to safety. The male will mark its female by urinating on it.

The Bushbaby is a small, tree dwelling primate that is primarily active during the night. They are remarkably agile, able to leap great distances between trees. When the Bushbaby ventures to the ground for food, it will occasionally walk on its hind legs but mostly on all fours. The males usually avoid any sort of confrontation but still maintain their own territories. The Bushbaby is usually a solo forager but the occasional companion will join to interact during night.

The Bushbaby has 18 special calls in its arsenal, each can be defined with different interactions and actions. There are 4 categories the calls fall into, Social, Defensive, Announcing and Aggressive. A great part of their survival is strategy against enemies, is using their vocal cues. The Bushbaby cannot move its eyes so it constantly moves its head to spot prey and predator. Their ears have an intricate series of folds that allows the Bushbaby to exactly pin point the source of a noise. The hearing of a Bushbaby is so sensitive that it can detect an owl in flight.

The Bushbaby is extremely agile and quick, able to catch moths and grasshoppers out of the air with relative ease. Funny enough, though the Bushbaby is nocturnal, it is very conscious about its appearance grooming itself every time before it goes foraging.

The Bushbaby can be found in Namibia, Botswana, Mozambique, Swaziland and the Transvaal. They prefer Woodland, savannah, forests and riverine bush as their preferred habitat. They in particular like the area near the Limpopo River. Since the Bushbaby is a South African Species, it has a high temperature tolerance. Because these animals are so solitary and prefer the night, you might have a chance to spot them during an afternoon Kruger Park Safari.

The Bushbaby is prey to several animals, Including Servals, Genets, African Wildcats, Snakes and Owls. Though all these animals prey on the Bushbaby, the biggest threat to its existence is fires. The Bushbaby isn’t able leap between trees or out maneuver the flames so it is stuck in the trees as the flames rage. This is why the Bushbaby prefers living in wetter areas as a form of fire protection.

The Greater Galago is the largest species of galago. The body of the galago stretches 297 – 373mm and the tail has a length of 415 to 473mm. The size of the female is significantly smaller than the males.

Depending on where the Bushbaby lives, the birth season differs. In Gauteng. The birth season in Gauteng is restricted to November and the Birth season in Zambia is between August and September. In Zanzibar, the female’s pregnancy reaches peak in August. The Female’ cycle lasts about 33 days and gestation lasts 133 days with a litter usually consisting of two young. Females reach sexual maturity after two years. After a female gives birth, she leaves her young in a nest while she goes foraging. Galagos produce a rich milk that is very energy dense in comparison to other primates.

In the wild, females give birth only once a year in thick vegetation. Bushbabies that are found in captivity have been recorded to have a continuous cycle and can give birth throughout the year. Unlike the lesser Galago, the Greater galago doesn’t give birth to twins but single young. The young reach maturity after 20 months.

When dispersing from their nests, after becoming independent, the males will disperse much farther than the females to reduce the issues found from inbreeding. The male’s territory usually overlaps with one or two females’ nests. The Bushbaby has a social network that doesn’t include foraging groups. Unlike other animals, the females are the dominant gender in the Bushbaby social order. The males would usually follow the females around in captivity.

Play in the Social order of Bushbabies include wrestling, biting, chasing, exaggerated and funny walking. The young learn all these important behavioral. The young sleep in their nests that are about 5 – 12 meters above the ground. The Greater Galagos sleep together during the day. They have been known to travel up to a kilometer at night in groups of up to six.

The layout of animals in a group can vary from a single pair of parents and its young to a single female and young. The young cup their hands and urinate on them. They then walk around and leave a small trail of urine in the ground. When a female is on her cycle, the male will urinate on the female to mark her.

Greater Galagos are found in many countries including Tanzania, Somalia, Kenya and Zanzibar. The galagos live in coastal forests and highlands. The Greater Galago can also be found from Angola all the way to Sudan. 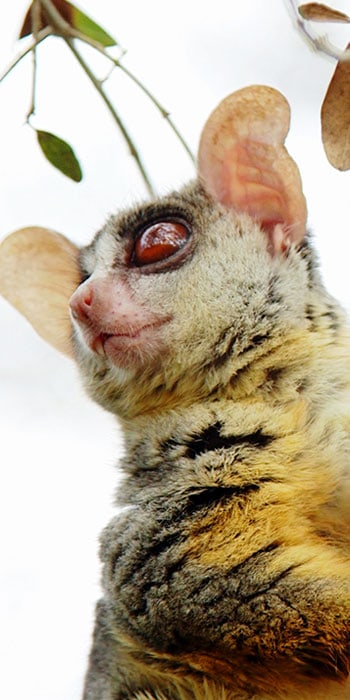 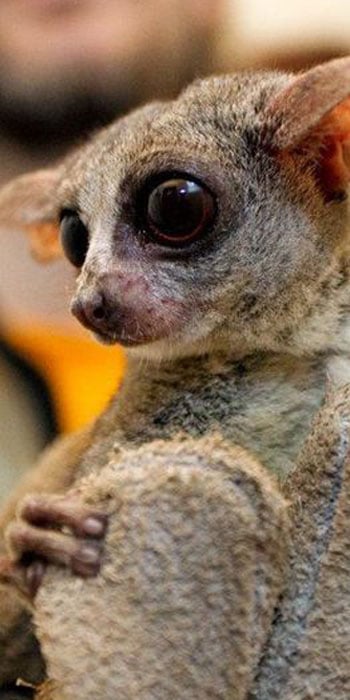 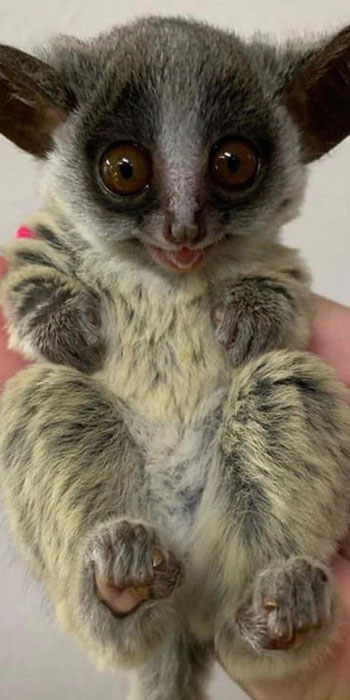