While some guests prefer the rough and rugged nature and accommodation of the Kruger National Park, there are others who opt to stay at one of the private reserves. The wildlife you can expect to see will be about the same, given that many of the private parks have an agreement with the Kruger to have an open border type policy, to allow the animals to easily migrate. This policy has been around for years and it has been tremendously beneficial to both wildlife and the surrounding reserves. 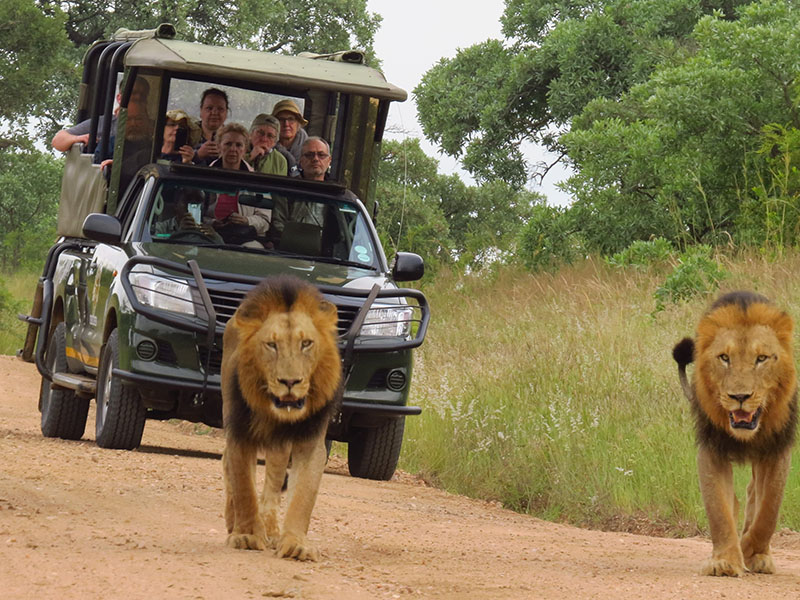 So what is the difference?

The Kruger National Park is without a doubt the bigger of the two, and as such there is so much more to explore! The Park is well over 2 million hectares in size and over the many years that the Park has been in existence, it has lowered its fences and grown to include the various private reserves.

The lack of boundaries makes it difficult to tell where the Kruger starts and the private reserves end. Not only does the Kruger extend north, south and west into parts of South Africa, but it also extends east, into Mozambique, again, allowing for more wildlife movement.

Then there is the matter of ownership.

The Kruger National Park is owned or rather run, by SANParks which acts as the governing body for all South African public parks and nature conservation reserves. The profits made are used for the ongoing maintenance of fences, accommodation, roads and anything else needing fixing, as well as to pay for salaries. SANParks also receives a budget from the government, which is used to bolster the income from accommodation and park visitor fees.

When it comes to private park ownerships, you will find that most parks are owned by private individuals.

And then there is the accommodation and facilities that you can expect to find. While the Kruger National Park certainly has some top notch, 4 and 5 star accommodation, it mostly accommodates those who are travelling on a budget or who will want a more rustic experience and as such will opt for tented accommodation or a stay in one of the Park’s original huts.

As for the private parks, they almost exclusively cater to guests wanting that 5 star experience and as such offer more luxurious rooms.

Prices can also differ by a lot. Not only is the accommodation more expensive but so is the entry fees and the safaris. Private reserves also occasionally have expensive added extras, like spas and massage treatments, night drives and hikes.

Many choose a private reserve because the reserve is generally a lot quieter and as such offers more opportunity to see wildlife in a more peaceful setting, and in private reserves guests can also get up close to the animals, something which they are unable to do in the Kruger National Park.

Perhaps the best way to decide which type of experience would be best for you, would be to split your time between the private reserve and the Kruger. The Kruger will give you plenty more options for places to travel and wildlife diversity, while the private reserves might just give you that magnificent once in a lifetime game view.