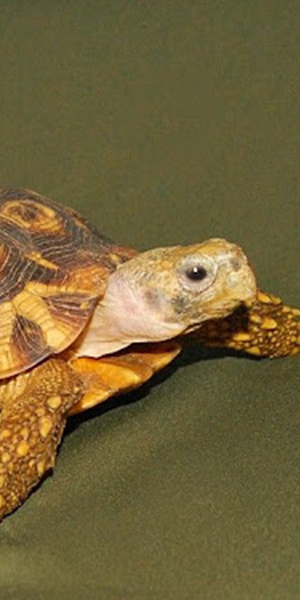 The Speke’s Tortoise is a medium sized tortoise that has a depressed shell with a developed hinge. The juveniles have a zonary pattern with dark and light square segments. These markings will often stay with adults however the darker markings may break up with females.

The Speke’s Tortoise has a varied diet that consists of lizards, beetles, millipedes, fruits, mushrooms, and snails.

These Tortoises live in the Savannahs of central and Eastern Africa, North Western Provinces of South Africa along the lowveld and Mozambique. They can often be found along the dirt road in warmer areas.

The Tortoise lays a clutch that varies between 4 – 6 eggs.