These two ape species are some of the most frequently seen apes on a safari with us.

They are a social species that live in family units known as troops. Although most troops are smaller, a large troop may have up to 100 family members.

Males, females, and their offspring make up the households. After a 6-month gestation period, females give birth to a single child.

Chacma baboons have a life expectancy of over 45 years. Male Chacma baboons are significantly larger than females. Males can grow to be 1.5 meters tall and weigh up to 27 kilograms, while females are half that size. They communicate by making distinct grunts and barks that they repeat over and over.

The faces of these baboons are dog-like, with a forward slant. But for their muzzles and rumps, their entire bodies are coated with spiky grey fur. Newborn babies have black skin and red ears. The males’ jaws are distinguished by their formidable canine teeth, which measure 5cm in length and are longer than those of a lion.

The species runs on all fours and has a gallop like that of a horse, reaching a maximum speed of 56 km/h. The leopard is the baboon’s biggest predator. Many unfortunate leopards, on the other hand, have been severely injured after being violently mobbed and harassed by groups of adult male baboons.

Chacma baboons tend to live near a fresh water source and, in general, near trees, which are their favorite sleeping spots – though they can sleep on rocky outcrops as well. They are omnivores, spending most of their time on the field supplementing a diverse diet. Fruits, roots, tubers, leaves, insects, scorpions, rodents, and small mammals will all be eaten by the baboons. Because of their preference for fruits, vegetables, and nuts, baboons often come into conflict with farmers.

Baboons are highly intelligent, as shown by tourists feeding them on the Cape Peninsula over the years, teaching them that humans are a food source. Those specific baboons are on the lookout for treats in handbags and picnic baskets. Fortunately, there is no interaction between guests and wild animals at Sabi Sabi, so the baboons hunt for food in the bushveld naturally – providing hours of entertainment as they wander the reserve looking for food or sit and groom each other, checking each other’s fur and munching on any ticks or fleas they may find.

Vervet Monkeys are always a treat, whether on safari or just relaxing at the lodge. These little grey monkeys are adorable and are sure to win over many visitors. Vervet Monkeys are intelligent yet mischievous creatures that are always on the lookout for a snack around the lodge. Due to their position along a dry riverbed, we often see these monkeys around Little Bush Camp, Selati Camp, and Bush Lodge, where the vegetation is thick and lends itself to the presence of Vervet Monkeys who seek shelter in the large riverine trees.

There are several Vervets where there is one, as these monkeys travel in groups of 8 to 50. Vervets, like most monkeys, are gregarious and form close bonds with their troop members. In most troops, there is an alpha male who has breeding rights, and female Vervets are also ranked, with one female usually being superior. Juvenile females will be assigned a rank based on her mother’s rank. When it comes to obtaining food and water, the superior individuals typically have first choice. When a female has a newborn, she will bear it on her front, but she is still extremely comfortable about having other troop members to handle it.

Other younger females look after the offspring of mature females and are often seen grooming and cuddling them. At around 6 months of age, baby Vervets can be seen wandering around the troop foraging on their own.

Vervet Monkeys eat a wide variety of foods, including leaves, seeds, shoots, sap, flowers (nectar), insects, and even small nestlings and eggs. A Vervet’s day usually starts after sunrise, when they emerge from the shelter of a large tree like a Jackalberry or a Weeping Boerbean. After socializing and playing (juveniles), they will spend the remainder of the day foraging for food; although they can do so at ground level, the majority of feeding occurs in the reach of tree branches. 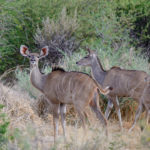 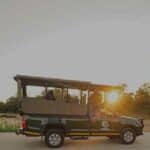 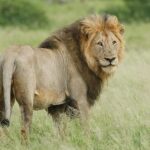 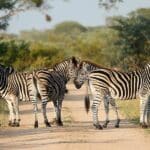