The Bat Eared Fox is a small species of fox averaging about 300mm shoulder height and are about 800mm long. They have distinctively large ears which have black fur on the outside and white fur on the inside. They have a fluffy silverfish-grey coat, fluffy black tipped tail with a black stripe on the back. These small foxes weigh on average 4kg.

The Bat Eared Fox has a restricted diet because of their small teeth so they are only allowed to eat small insects like beetles and harvester termites. Bat Eared Fox usually hunt in small groups.

The Bat Eared Fox has a gestation period of about 60 days where a litter of 2 – 5 cubs are born. The cubs are born between the months of October and January. The cubs are weaned at about 9 weeks and reach sexual maturity after two years.

Like its name’s sake, the Bat Eared Fox is a nocturnal animal that stays in its burrow during the day. Unlike other animals, the female goes out to forage for food while the male stays at the den and guards the cubs. When fleeing a predator, the Bat Eared Fox will run towards the safety of tall grass. People may be able to see them during a Kruger tour.

Bat Eared Foxes are wide spread across Eastern and South Africa. They stay in semi-arid areas as well as arid areas. There have been groups of Bat Eared Foxes recorded in the Cape Peninsula and Cape Agulhas. Though they are killed by farmers, they are still a common sight.

An interesting trait that the Bat Eared Fox has sis the way it walks with its ears pointed at the ground when they forage. They use their large ears as scanners to detect insects underground. They listen closely and either stops to star digging or keeps on walking. 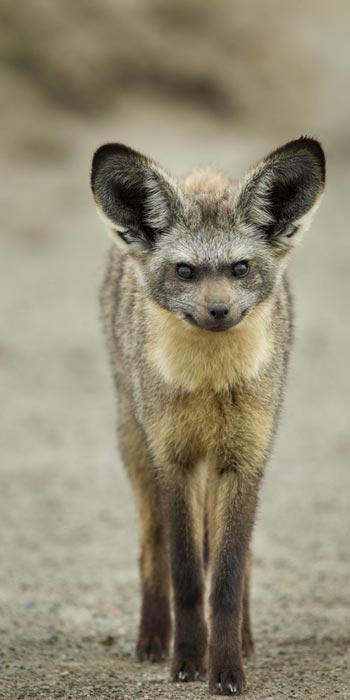 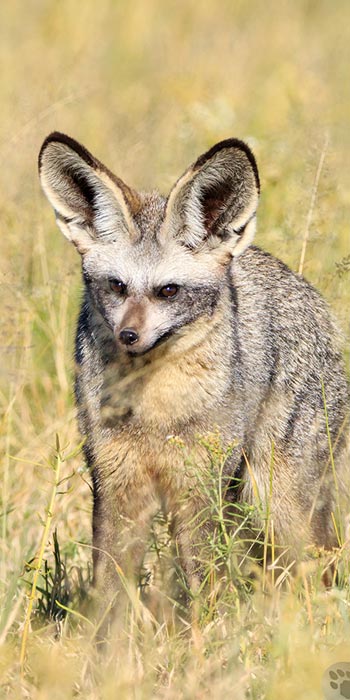