The Kruger National Park is not just a fascinating place full of all sorts of wildlife, it also has various places of interest that you should include in your next Kruger Park safari. 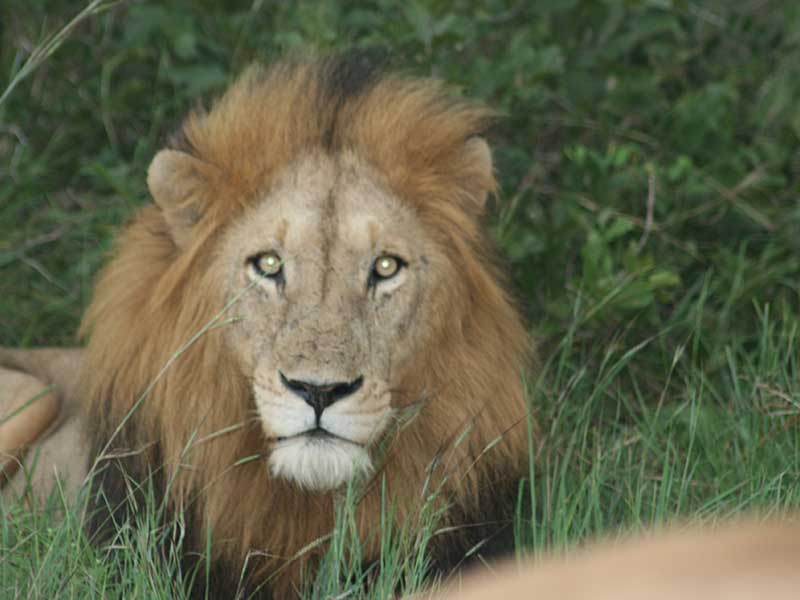 A highly recommended drive when in the North of the Kruger National Park around the Shingwedzi area, the S52 will take you along the Shingwedzi River and to the Red Rocks.  Found about 15km from Shingwedzi the Red Rocks are a beautiful large sandstone slab.  This rock has been weathered over an extremely long time by chemical, physical and biological processes.

In this case the biologically induced process was the result of either a physical or chemical reaction being sped up by water.  The formation of Red Rocks is said to be enhanced by a biological process which involves bacteria.  A drive along this route is made all the more interesting because of these stunning Red Rocks.

Travelling in the South of the Kruger National Park, the best place to view Hippos is at Hippo Pool.  The Hippo Pool is situated on the Crocodile River, about 5 km from Crocodile Bridge Gate.  This pool is the home of many grunting giants, usually lazing away the day submerged up to their necks in water.  Although visitors are welcome to alight from their vehicles, it is best to keep in mind that these animals, although they look cumbersome, are actually extremely dangerous and fast on land, so stay in the designated area at all times.  They do come ashore at dusk to graze on the nearby grass so you will get a good view of them without leaving your car.

For the more historically minded traveller on a Kruger Park safari, entering at Phebeni Gate will be a good option, as a stone’s throw from the gate is the Albasini Ruins.  The Albasini Ruins gives visitors the opportunity to have a look into the Park’s rich history.  Albasini was a Portuguese trader in the area and the ruins are what are left of his 19th century trading post.  Goods sold here varied from beads to clothes and even metal products.  Although only a few crumbling walls remain there are small display rooms on site where you will be able to view the relics that were uncovered from the area.

Dedicated to Paul Kruger, the founder of the Sabie Game Reserve which later became the Kruger National Park, the Kruger tablets can be found on the Southern edge of the Nkayeni Region.  The plaque is situated on one of the site’s rocks and can easily be seen from the adjacent road.  Alighting from your vehicle at the Tablet is not permitted and that is probably best as these rocks are more often than not a lounging area for lions.  So while you there to view the tablet you will more than likely get a few lions in your photo.

Over the years many rangers in the Kruger National Park have lost their dogs while on duty and the Pet Cemetery that is situated in Skukuza, close to the library, is a lovely commemoration to these brave dogs.  The original headstones have been brought to the cemetery and some of them have interesting inscriptions or stories surrounding them.  From the early days to the modern times, dogs have played a very important part in the making of the Kruger National Park.  Today dogs in the Kruger National Park are helping to keep the wild animals safe as they form part of the anti-poaching teams.