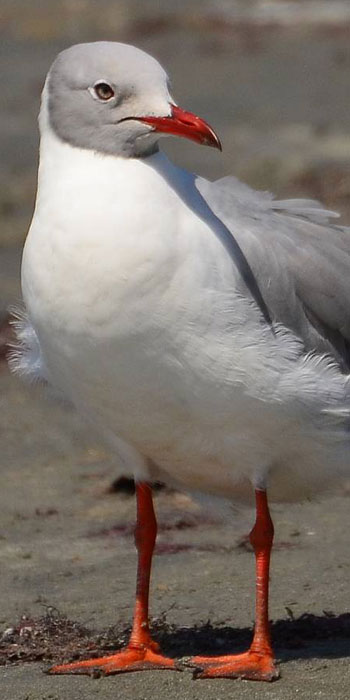 These birds breed in very large colonies of thousands in marshland and reedbeds. Females lay up to 3 eggs in a nest that can be on land or floating in the water. The young take 2 years to fully mature.

Grey-headed Gulls are not migratory birds but are much more widespread during the winter months. They have been encountered as a vagrant species in areas like Spain, Italy and North America. This is a naturally loud species of bird with a sound resembling the caw,caw of a Crow, but less raspy.