There is no difference in size between the Males and the Females as they are similar visually and physically, weighing 4.3kg and 1.1m long. They have a dark grey coat colour and have distinctive long white hairs. They have black legs with the front limbs shorter than the rear.

White-tailed Mongoose have a diet that consists mostly of insects , termites, beetles, grasshoppers and crickets. They have also been known to feed on frogs, rodents and snakes.

The White-tailed Mongoose gives birth to a litter of about 3 young after a gestation period of  about 2 months. Mating takes place in the summer months, between November and December.

Not much is known about the behavioural habits of the White-tailed Mongoose aside from they are very solitary animals and live in small clans.

The White-tailed Mongoose prefers areas near permanent water sources, near savannahs and woodlands. 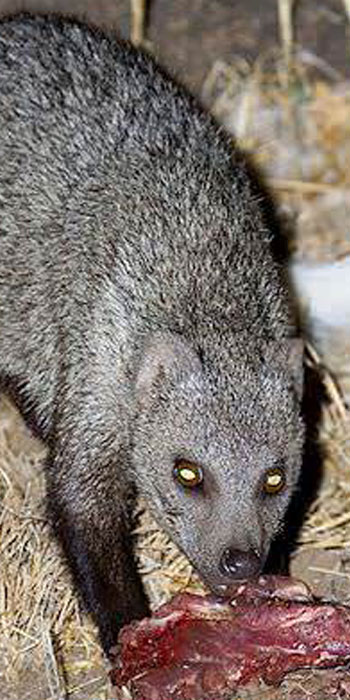