The Mountain Reedbuck is a medium sized antelope that is considered to be shy and graceful. Rams can each a weight of 32kg and stands at 750mm at the shoulder. Ewes are slightly smaller than the males, weighing 32kg. They have a mainly white-grey coat with the head and shoulders being a reddish-brown colour. Their tails and undersides are all white in colour. Rams have forward curving horns. Both rams and ewes have narrow long ears.

Mountain Reedbucks are grazers that feed on a variety of grass, roots, shoots and leaves and are very dependent on a fresh water source. 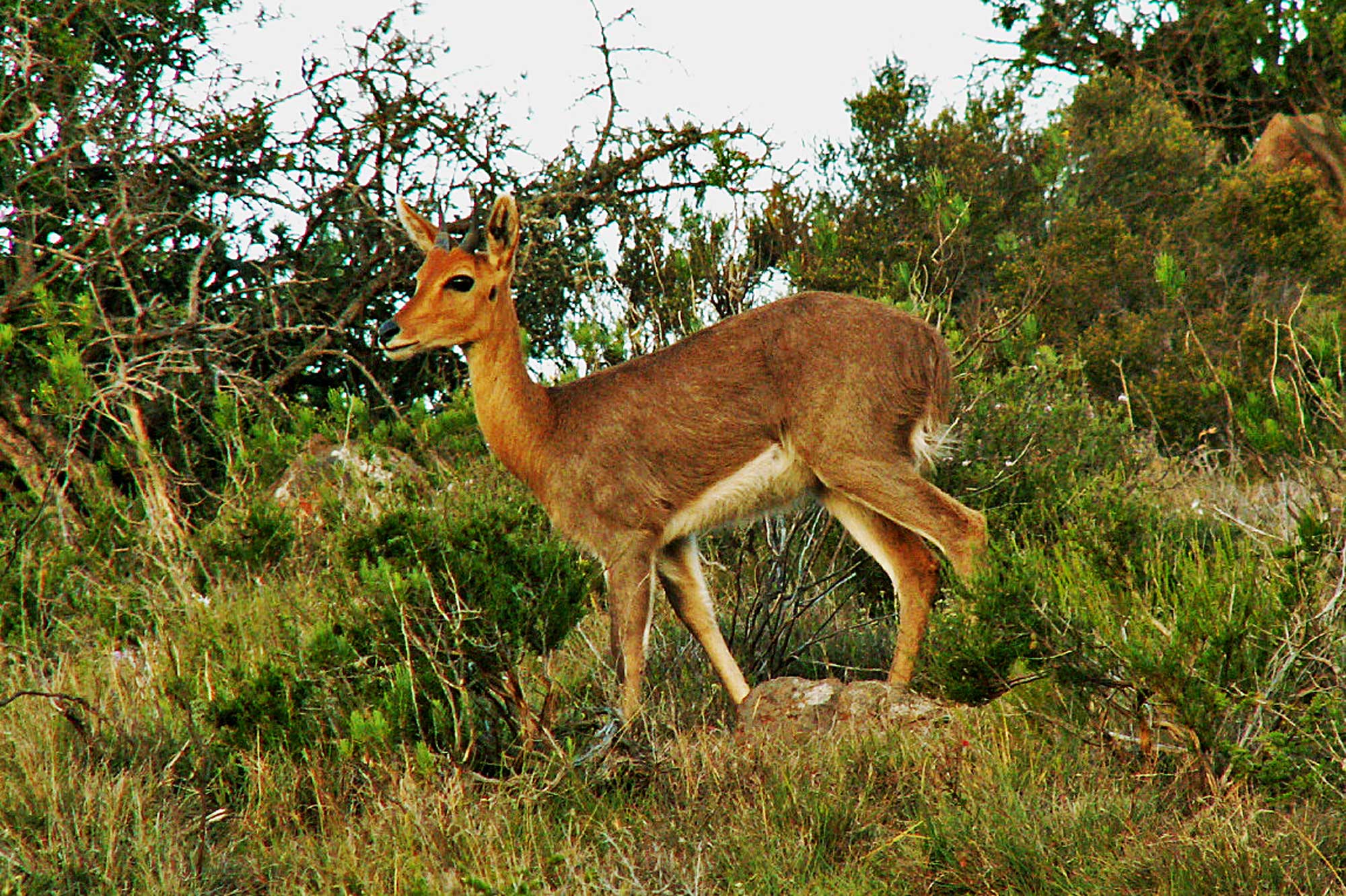 Ewes generally give birth to a single lamb after 8 months during the summer. The lambs reach maturity at age 2, with ewes becoming sexually active at 15 months.

When the Reedbuck runs away, it does a very iconic rocking gait, lifting its tail to show the white underside. They are usually found in herds of three to eight members, though it has been known to be part of much larger herds. Young rams are forced from bachelor herds until they are sexually mature where after the search for ewes to mate with. There is only one adult ram in a family group. Mountain reedbuck are a rather rare sighting during a Kruger Park Safari.

These antelope prefer mountainous terrain and are seen a majority of times sleeping or feeding in slopes.