The Elephant Shrew measures at 230mm with a tail that is longer than its combined body. It’s a compact animal with large radar dish like ears and an elongated nose, giving it its iconic name. It has a dusty brown coat with a white underside.

The Elephant Shrew feeds primarily on insects such as ants and termites. The elephant shrew hunts during the day and prefers to stay in cover and shadow to catch its prey. 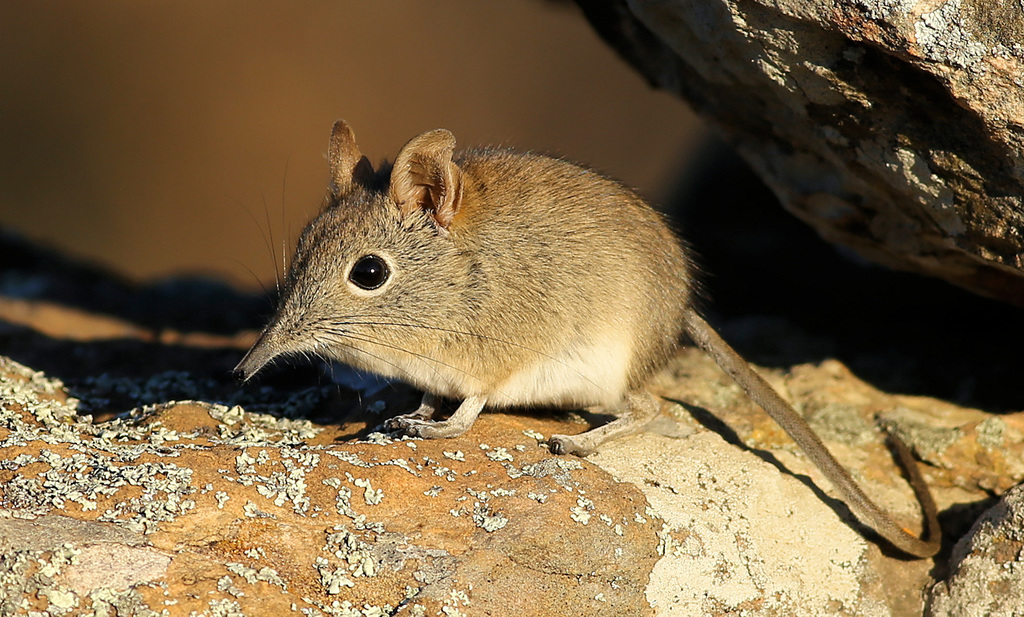 The Elephant shrew as a strangely long gestation period for such a small animal, which is 8 weeks. The young when born have all their hair and have their eyes open. The young are able to move around directly after birth. The female gives birth to two sets of twins during the wet months.

The elephant shrew is a diurnal species that mostly lives a solitary life and is seldom seen in pairs. These animals are very agile and sure footed, allowing them to quickly and effectively traverse uneven terrain. They communicate via loud foot drumming and hi pitches squeaks that is barely audible. These tiny animals are rather rare during a Kruger Park Safari.