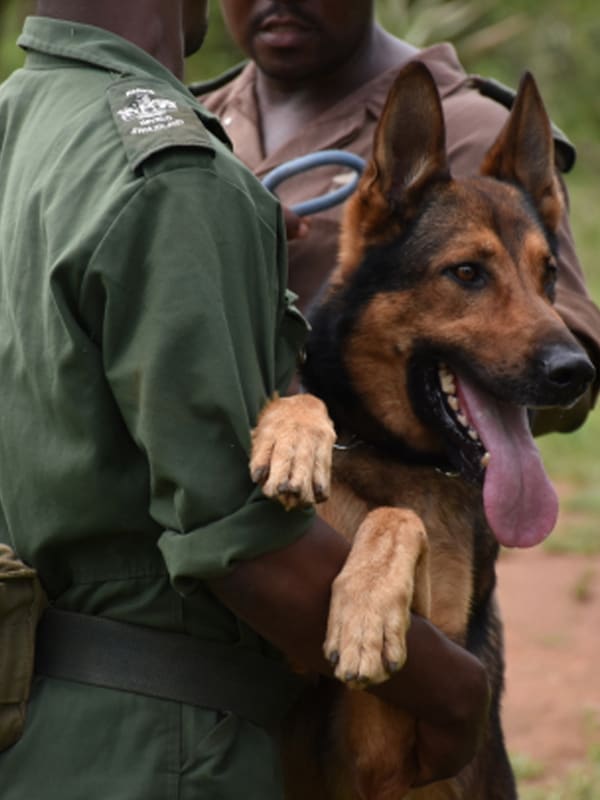 One of the brave dogs aiding in the fight

With the African Consultancy for Transportation Security (ACTS) and Endangered Wildlife Trust’s (EWT) joining the Anti-Poaching team, the war against the poachers are made much easier.

A two-year-old Belgian Malinois Sniffer dog by the name of Rico, was one of the first dogs to be introduced in the fight against the Poachers. Rico Was part of the raid against poachers who tried to smuggle Contraband into OR Tambo International Airport. After a suspicious package was flagged and after the police and sniffer dogs arrived, it was found that there was ivory and elephant skin in the package.

After the raid, Rico was joined by Renaldo, Condor and Heddi that were imported from Germany. Forming part of the EWT’s Efforts to eliminate the ever-increasing numbers and efforts from the poachers. They intervene in the various stages of the black-market trading process and slowly eliminate those responsible.