On first arriving in the Kruger National Park, you will more than likely come across herds and herds of Impala.   The reason you will probably see Impala first is because there are over 130 000 adult impala in the park at any given time.  You will notice that only the rams have horns.  Adults stand at about 1 metre and weigh roughly 80kg.  These commonly found antelope can gracefully leap over 3 meter fences and run at bursts of up to 80km/h.  Impala live in herbs of up to 50, with a single ram having a harem or 10 ewes.

The humble Kudu is not to scare in the Kruger National Park, and can be found in thick woodland areas, most commonly found in the south western foothills and woodland area of the Sabie River catchment area.  Kudu do not have huge herds, preferring to stay in groups consisting of one dominant male with 3-5 females.  As with the Impala, only the male kudu have horns.  Kudu males can weigh up to 300kg and stand at 1.5 metres at shoulder height.  There are only about 5000 in the Kruger National Park. 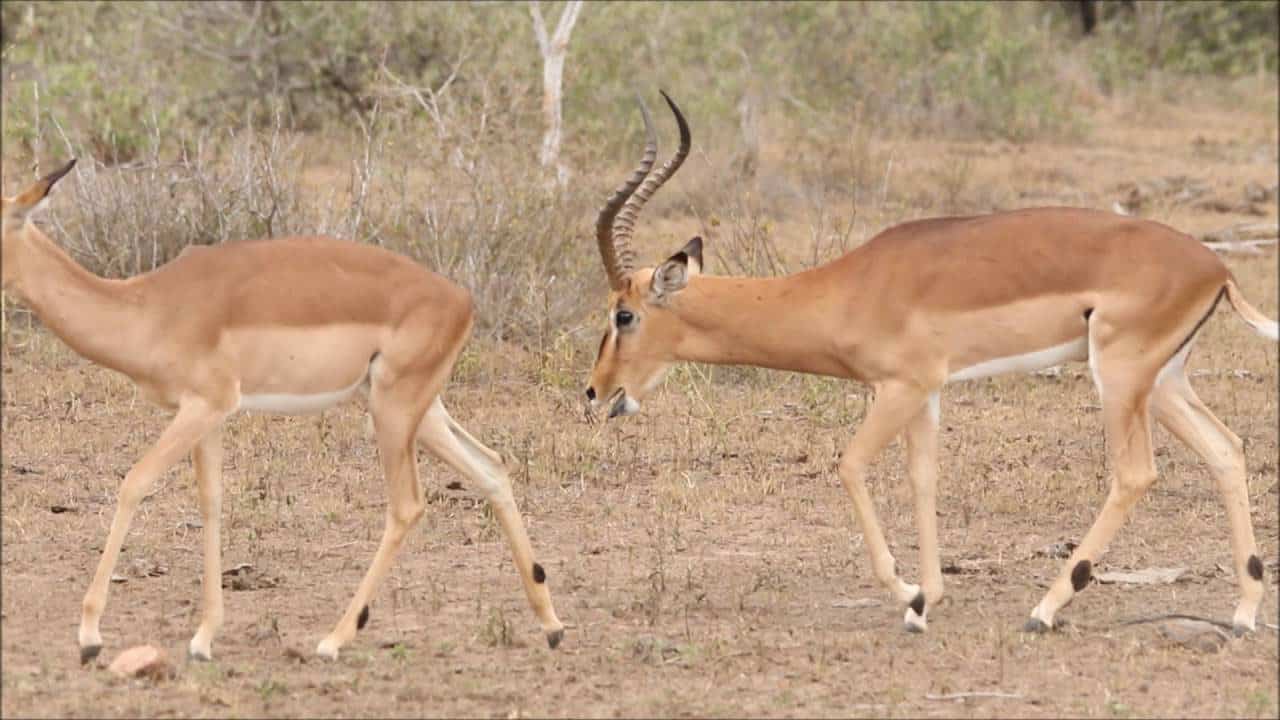 Surely a good sighting in the Kruger National Park is the Roan Antelope.  There are only about 70 Roan Antelope in the Kruger National Park and must not be confused with the very similar Sable Antelope.  Roan Antelope are smaller than Sable and can be identified by a distinctive white eye and muzzle patch.  Standing at 1.5 metres and weighing in at 300kg the Roan Antelope is actually and endangered species that rare move out of their territory.  Should you be lucky enough to see them, you will notice that they also stay in herds of 2-5 animals in open grassland pockets within thick woodland.  This is a very rare sighting.

Sable Antelope are large animals with distinctive white and black face, with both sexes sporting stunning long curved horns.  Adult Sable can have horns up to 1.6 metre long.  These antelope can weigh about 270 kg and stand 1.6 metres.   Sable Antelope have a lifespan of 15 years and can run 57km/h with ease.  Sable graze on medium grasses and although they normally stay in smaller groups of 2-4, they do occasionally link up with other herds and then can be seen in groups of up to 30.  Best place to see them is near Pretoriuskop or near Phalaborwa. 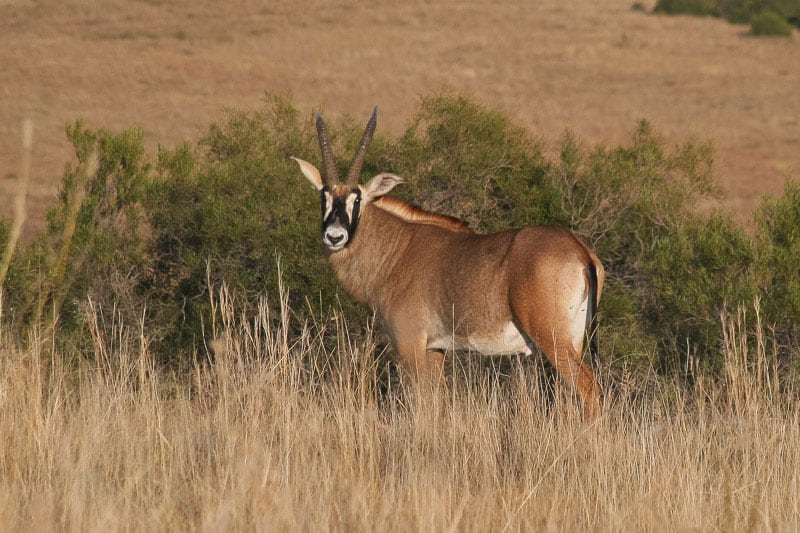 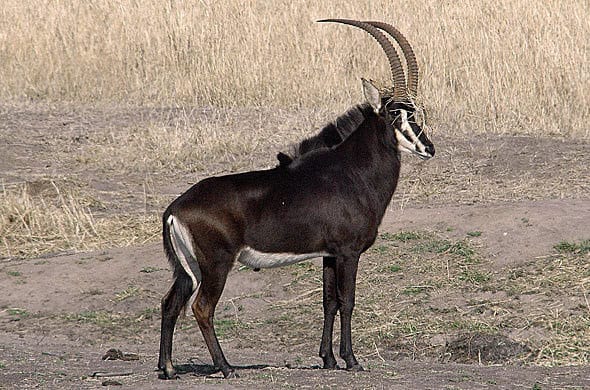 Commonly found around water, the aptly named Waterbuck is usually seen around Letaba.  Waterbuck are well-built robust antelope easily identified by the white ring on the rump.  Waterbuck will completely submerge itself in the water when pursued by predators.   Only the male Waterbuck have horns which curve forward.  They can weigh up to 250 kg and stand 1.2 metres at the shoulder.  Their herds consist of between 10 and 30 animals.