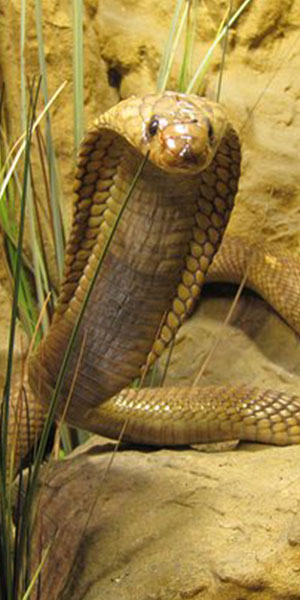 This cobra’s colors can be light to dark brown or dark yellow they can also be black or gray, the cobra often presents rings around its neck which is usually black. They can grow between 1-2.5 meters in length.

These cobras are known for prey on frogs, small mammals, birds, lizards and other snakes.

This cobra can be found in Northern Gauteng, Northern Kwazulu-Natal, Limpopo, North West, it can also be found in Eastern Botswana, Zimbabwe and Southern Mozambique

They lay between 8 and 33 eggs, the babies average 22-34 cm in length after they hatched.