Hedgehogs are small rodent like animals with very small legs that seemingly disappear into their body at a quick glance. They are rather fast little creatures that excel at hunting insects. They have a dome shaped body with small needles covering its back and sides, almost like a spikey turtle or porcupine. They come in a few colours ranging from white to black and brown.

Hedgehogs are insectivores, meaning they are animals whose diet primarily consists of insects. Some of the bigger hedgehogs will feed on small rodents, chicks, frogs and lizards. Hedgehogs will also feed on fungi and vegetable matter to add some variety to their diet.

Hedgehogs usually breed between October to April. Females will usually give birth in holes or nests that care filled with soft dry leaves and debris. Litter sizes can vary from six to nine. The young are blind and completely hairless at birth and their ears are closed. The iconic spines of the hedgehog are already visible under their skin, even after just being born. Mature spines start to form between four to six weeks.

Hedgehogs are very solitary animals that are mostly nocturnal. When threatened the hedgehog will curl up into a little ball to protect its softer, unprotected body. Predators will get stung by the spines and eave the hedgehog alone. Because they are nocturnal animals you will most likely only have a chance to see them during an afternoon Kruger National Park Safari. 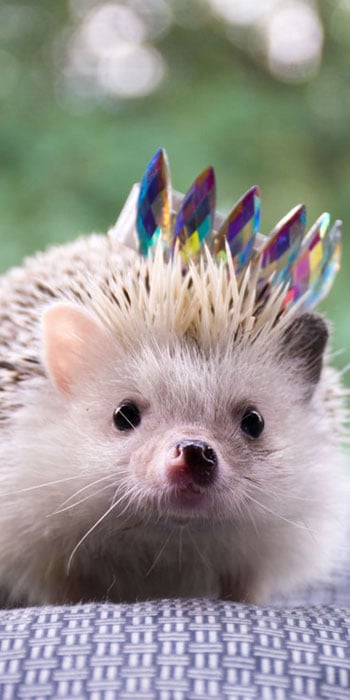