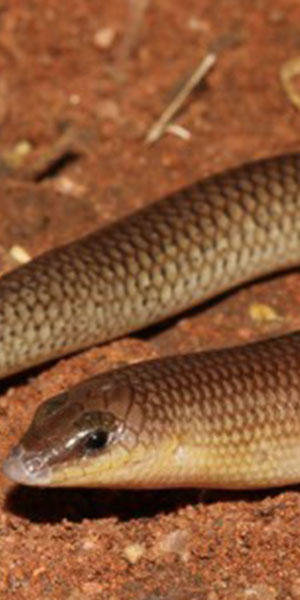 The skink has a small brown to grey body, it has a black dot on the end of each scale, its belly is a nice creamy white and the tail could be speckled underneath.

They are found in the northern part of the country and to the north of southern Angola and Somalia.