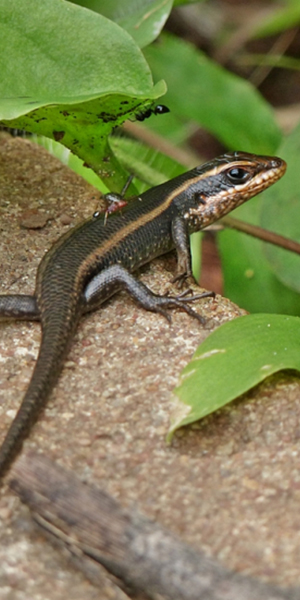 The Striped Skink is a medium sized lizard that is very similar to the Variable Skink. It has a small window over the eyes that come from the lower eyelid. It also has loved ear openings. The colouration of these lizards vary depending on the sub species

The Lizard feeds on smaller insects like beetles, moths and other invertebrates.

The Females lay 3 – 6 babies a year instead of laying eggs. They can reproduce throughout the year and growth is rather fast with babies maturing after 15 – 18 months.