The Cape Wagtail is a rather common and popular bird in South Africa. The Wagtail has a light brown coat colour. The tops of their bodies, wings and their heads are all darker than the base colour. They have black tip feathers on their wings. They have black legs and a black beak. The Wagtail also has an iconic black bandana on its chest in the form of a black triangle. 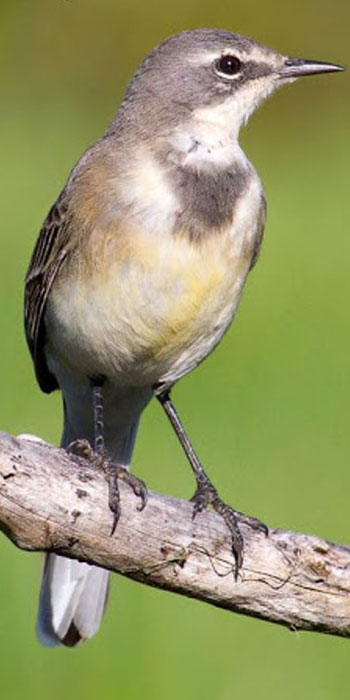 The Wagtail’s diet consists of insects but have also been known to feed on sandhoppers, ticks, small fish, snails and fiddler crabs.

The Cape Wagtail is a monogamous animal that are solitary nesters and live in pairs through a number of breeding seasons. The female will lay one to 5 eggs in a nest that is located in areas like a hole in the wall, pot plants or bridges. The eggs will hatch after 13-15 days after which both the female and male will feed the chicks for 18 days. After the 18 days the chicks will leave the nest. The chicks are then fledged  and fed by their parents for another 25 days  and become independent after 44 days after fledging with few instances being after 60days.