Giant Cane Rats live along riverbanks and marshes where the harder and coarser cane grass grow. These Rats can become a major problem for farms that grow cane like crops like sugar cane. These animals can therefore be spotted during a Kruger Park Safari as well as in the camps and surrounds. 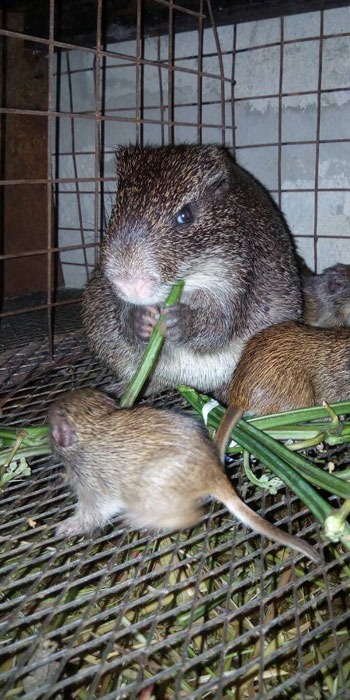