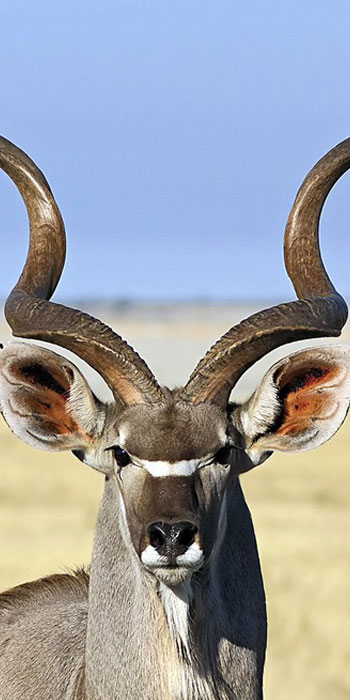 Kudu prefer living in open Knobthorn woods in the Kruger and on game farms in Mpumalanga. They can also be seen living in Mopane and Miombo woods up in the Northern and North Western areas of South Africa. These giants are a rather common sight during a Kruger National Park Safari.