Namibia is a truly beautiful place that combines amazing and vast deserts and dunes with stunning oceanside attractions. Namibia is home to a great diversity of animals that will keep anyone exploring the vastness of the Namib excited and curious. Namibia Shares many animals with South Africa with some showing some difference. 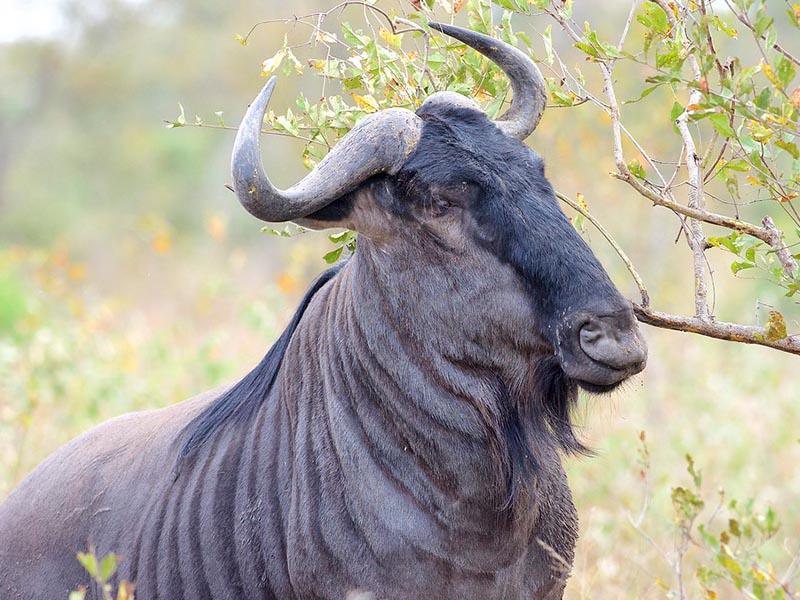 The Blue Wildebeest may look like a member of the Bison/ Bull family but because of its broad shoulders and heavy front, it is classified as a large antelope. The Blue Wildebeest has cattle-like horns and is surprisingly agile. When they are spooked or threatened, they will run in a direction, stopping shortly to see if it is being chased. 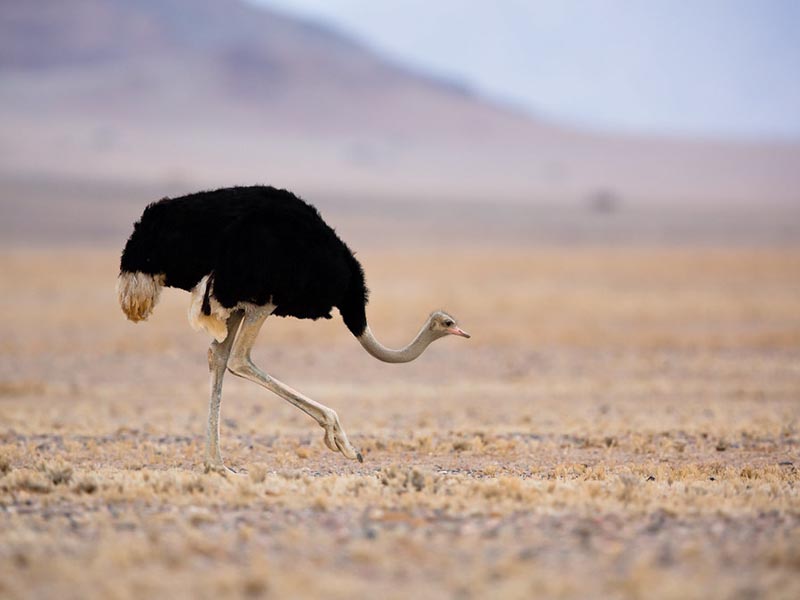 The Ostrich is an iconic and very popular bird known worldwide and is also very at home in the open spaces of Namibia. Ostriches are very adaptable animals and can live in a surprising number of different climates and environments. Ostriches prefer large open stretches of land with short grass and no rocks. 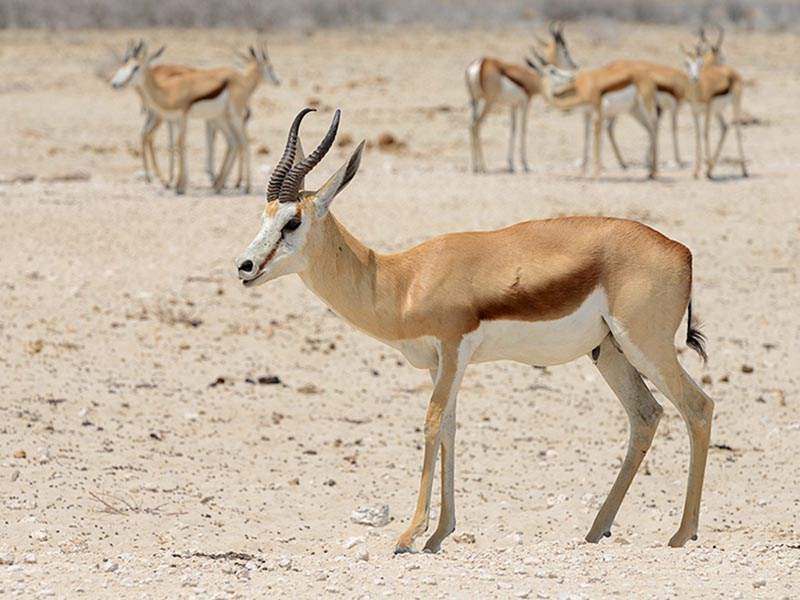 The Springbok is South Africa’s National Animal and can commonly be found on a drive through the Namibian Countryside. These antelope are not the tallest and are easily distinguished by their white undersides, light brown top and black lines on the sides. They have short curved horns and a white spot on its rear. The Springbok gets its name from the running and jumping action when they move. Springboks can actually leap up to 2m high. 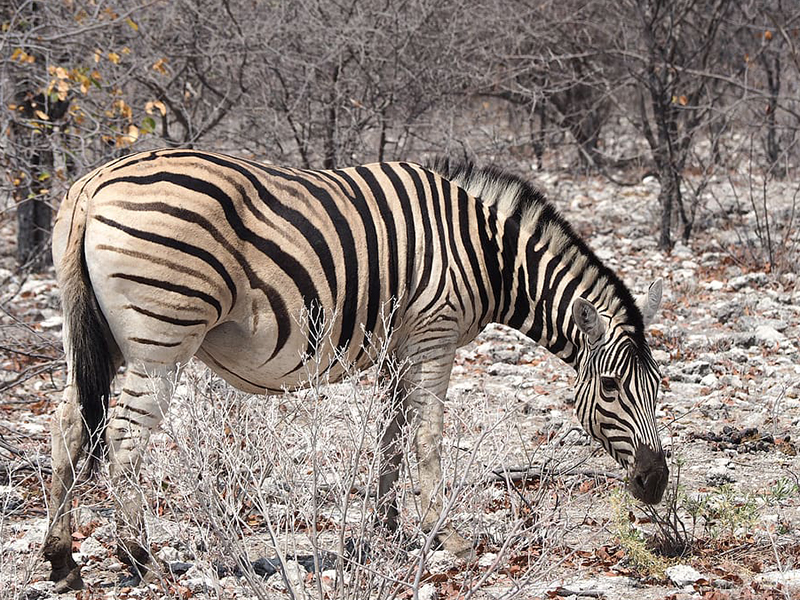 Namibia is one of the very few places where Rhinos can be found wandering in the wild. Rhinos re large and majestic animals that have been hunted to near Extinction because of the supposed mystical properties of their horns. Of the two Rhinos in Namibia, the White Rhino is more common. White Rhinos are very friendly and much less dangerous than the Black Rhino despite being larger in size. People have a very good chance to encounter a Rhino in the Grasslands of Namibia, which makes it a great attraction to many people. Wild Horses are maybe one of the last animals you would expect to find in the plains of Namibia and yet Namibia has plenty of herds of these majestic and wild equines. A herd can be found between Windhoek and Swakopmund, near Aus, grazing on the open and arid plains. There is no specific colorations for the horses as different genes dictate the colour and patterns found on each individual.
0Shares
PrevNext